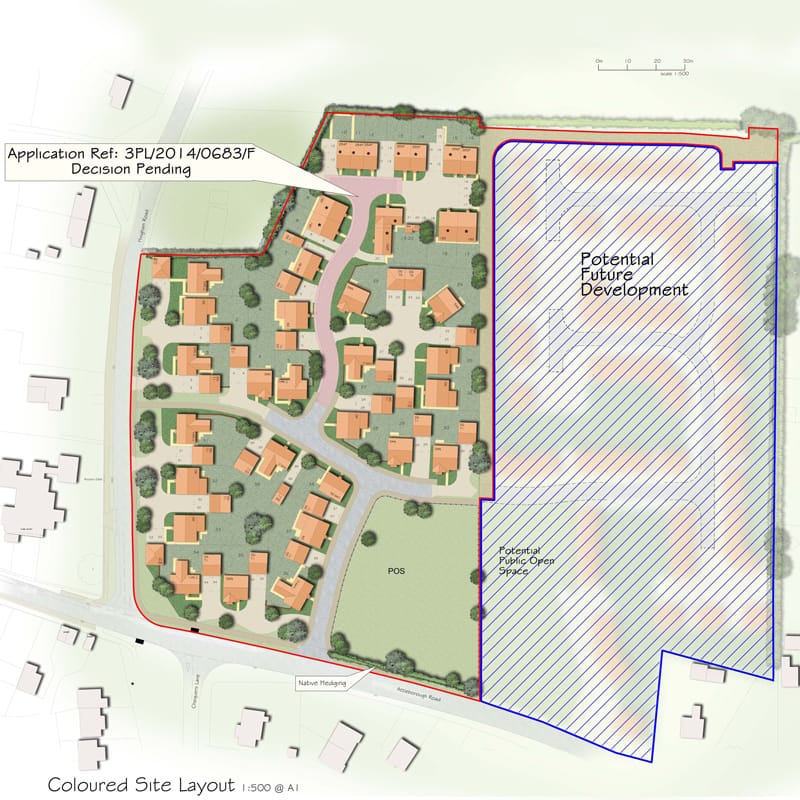 Full planning permission has been granted, on appeal, for 39 dwellings on agricultural land adjacent to Attleborough Road, Great Ellingham. CSA’s Managing Director, Clive Self, presented evidence, on behalf of the appellant, on the landscape and visual effects of the development.

The Inspector identified the main issue to be the effect of the development on the character and appearance of the surrounding area and in reaching his decision recognised that the site had value for local people, but agreed with the evidence of Clive Self that a valued landscape should comprise matters ‘above the ordinary’ and on that basis found no conflict with paragraph 109 of the Framework. He also noted that the Council had not undertaken its own LVIA to support its reason for refusal and as such gave greater weight to the evidence of a chartered landscape architect than the ‘informed opinions of a generalist planner’.