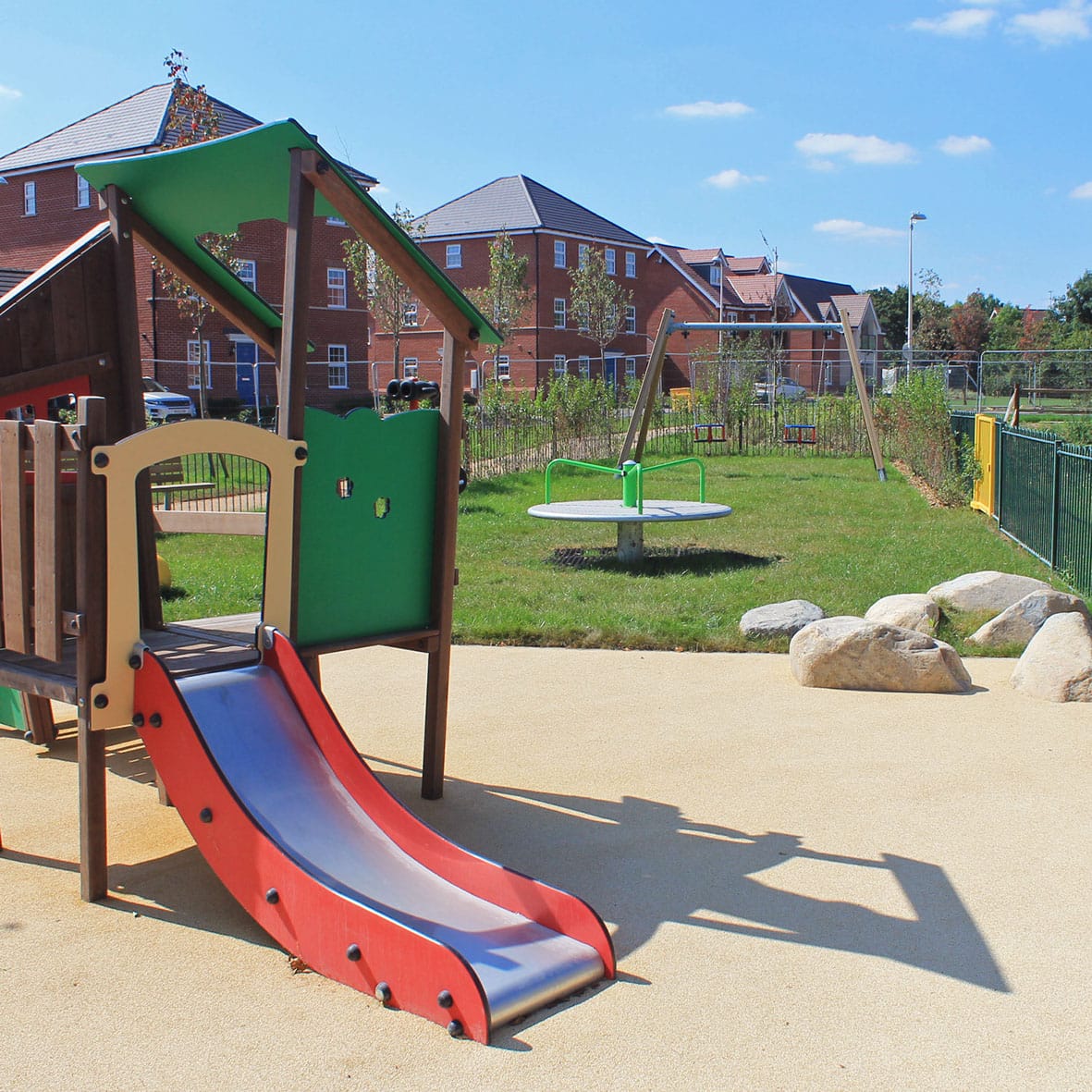 Back in 2011, Taylor Wimpey UK Ltd began work on the site of a former landfill in Woodley, near Reading. The site represents a landmark project for the developer, involving the total remediation of the site by specialist contractors to deliver suitable areas for new housing and the open space to serve the development.

Five years on and the first areas of parkland are have been completed, along with a new play area, all of which has been carefully designed by CSA’s landscape team. The narrow areas of open space that cross the development, act as conveyance corridors for the SuDS system that manages the surface water on site. They also act to connect the housing parcels with the wider Country Park that is to be opened-up on the floodplain land immediately adjacent to the site, reached via a new pedestrian footbridge to be installed later next year.