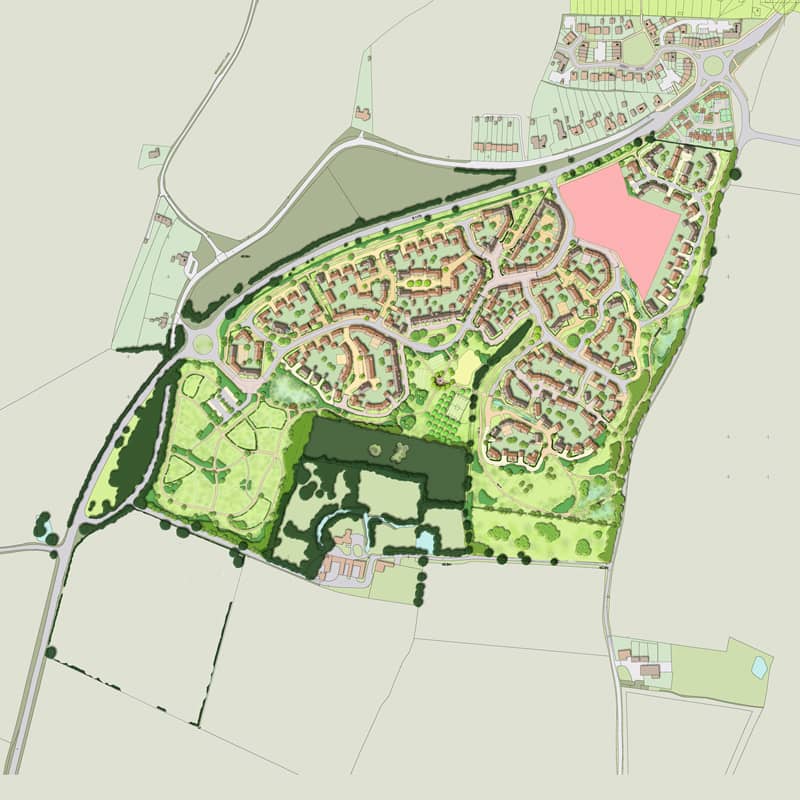 Hallam Land Management has just been granted, on appeal, outline consent for a mixed use development in Wymondham, Norfolk. South Norfolk District Council initially refused the scheme, but subsequently chose not to contest the appeal when it became apparent they did not have a five year supply of housing.

CSA’s landscape, ecological and urban design teams worked closely with heritage consultants Montague Evans and Historic England to create a masterplan which sensitively addressed the site’s landscape setting and its relationship to designated heritage assets. The benefit of this holistic approach to development was acknowledged by the Inspector who concluded that ‘ the masterplan includes significant areas of green infrastructure which would enhance the character and quality of the development, meet the recreational needs of new residents, mitigate impacts on the setting of heritage assets and provide opportunities for enhancing the biodiversity of the site’.