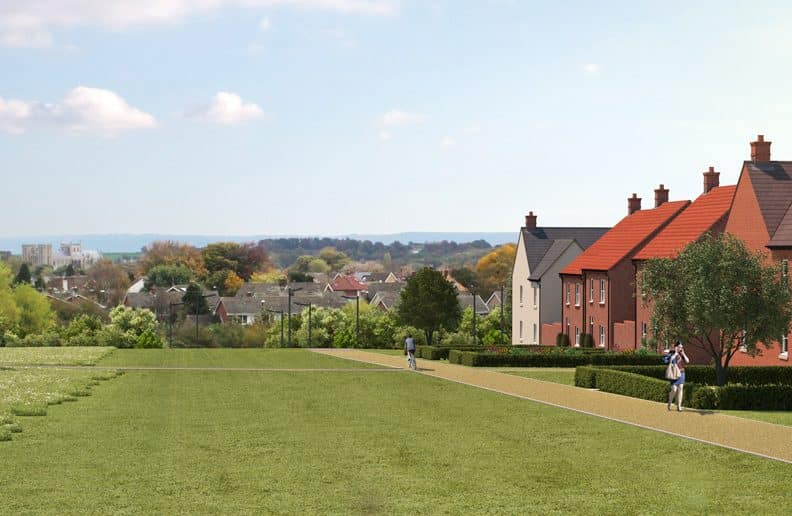 The Secretary of State has just granted outline planning permission for 390 houses on a greenfield site on the edge of Ripon. The site abuts the buffer zone to the UNESCO World Heritage Site of Studley Royal Park and Fountains Abbey and falls within the setting of Ripon Cathedral.

CSA were commissioned by Gladman Developments to carry out a detailed landscape assessment of the site and to work alongside their appointed heritage consultants to formulate a masterplan that sensitively responded to its countryside location and the setting of the World Heritage Site and Ripon Cathedral. In formulating the proposals for the site, CSA worked closely with Officers of Harrogate Borough Council, Historic England and the consultant team.  The result of this collaborative approach was to generate a carefully considered masterplan that was underpinned by a parameters plan. The resultant scheme was recommended for approval by Officers, but refused by Members.

Following refusal, a lengthy Public Inquiry was undertaken in October 2017. CSA presented detailed landscape evidence to the inquiry to demonstrate that there would be little or no impact on the setting of the WHS and that any impacts, however minor, were capable of mitigation. Both Harrogate District Council and the National Trust took an opposite view.

In granting planning permission, both the Inspector and the Secretary of State agreed that the impact on the setting of the WHS and Ripon Cathedral would be extremely limited at most.