HomeNews and OpinionEcology‘People over Wind’ aftershocks rumble on

‘People over Wind’ aftershocks rumble on 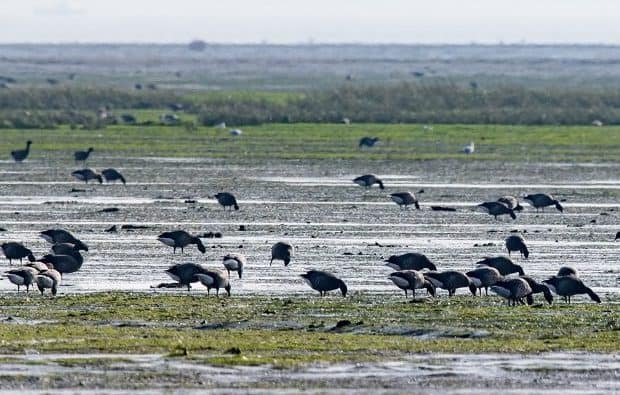 With over a year having passed since the CJEU’s widely publicised ruling, we are continuing to see its effects play out in the UK planning system. The April 2018 decision (C-323/17) determined that mitigation measures could not, as had been common practice in the UK, be taken into consideration when assessing the Likely Significant Effects of development on designated European Sites during the screening stage of Habitats Regulations Assessment (HRA). Such measures could only be factored in on completion of a more detailed Appropriate Assessment of the development’s effects on the integrity of such sites.

Last week (14th May 2019) the High Court ruled jointly on two cases brought against the Secretary of State for Housing, Communities and Local Government, each in large part concerning a failure to complete Appropriate Assessment.

The first case concerned a site in Kent, where a hybrid application including up to 800 dwellings was submitted to Canterbury City Council (CCC) in June 2015. A non-determination appeal was made, and recovered by the Secretary of State. The 2015 application (pre-People Over Wind) had been accompanied by a HRA Screening Statement, concluding that with the adoption of mitigation there would be no Likely Significant Effects on European Sites. This conclusion was backed by both CCC and Natural England.

The Secretary of State issued his final decision in August 2018, determining that the appeal should be allowed and planning permission granted. However, this decision was challenged in the High Court by CCC on grounds including the failure of the Secretary of State to undertake an Appropriate Assessment of the effects on European sites; required in light of the reliance on mitigation measures following the People Over Wind ruling earlier that year. While accepting that this represented an ‘error of law’, the Secretary of State contended that the decision would have been the same had an Appropriate Assessment been undertaken.

The second case addressed in the High Court judgement concerned a proposed 30 dwelling development in Crondall, Hampshire. In this instance an HRA document didn’t accompany the original 2016 application, however mitigation in the form of SANG and SAMM payments were made to Hart District Council (HDC). The application was refused on matters unrelated to HRA, despite concerns having been raised by Crondall Parish Council (CPC) in regards to the Thames Basin Heaths SPA. At the subsequent appeal CPC highlighted that in light of the People Over Wind decision an Appropriate Assessment was required and, under the then wording of the NPPF, the tilted balance of the presumption in favour of sustainable development should not be applied. Despite this the Inspector determined that, given the financial contributions to SANG and SAMM mitigation had been made, there would be no adverse effect on the integrity of the SPA, and the appeal was allowed.

This decision was challenged in the High Court by CPC, with one of the grounds being the failure of the Inspector to undertake an Appropriate Assessment, again required following People Over Wind given the reliance on mitigation. As in the Canterbury case, the Secretary of State conceded that there had been an error of law in reaching the decision, but maintained that the outcome wouldn’t have been changed had an Appropriate Assessment been made; the mitigation relied upon stemming “from a soundly-based strategy specifically designed to address recreational pressure” on the SPA (the Joint Strategic Partnership’s 2008 Thames Basin Heaths SPA Delivery Framework). However CPC contended that the “generic evidence” cited and “simple reliance on the contribution to SANGs and SAMM” did not amount to an Appropriate Assessment, as required under the Habitats Regulations.

Mr Justice Dove concluded first on the Canterbury Case. Remarking that there is no defined methodology or format for the production of an Appropriate Assessment, he recognised that application documentation (the HRA Screening Statement and EIA) contained a wealth of carefully researched evidence in relation to each European Site which might potentially be affected. While not presented as an Appropriate Assessment, the analysis of this evidence had been the subject of consultation with Natural England, and been scrutinised by the public during the application and lengthy public inquiry. The analysis sufficiently addressed both the first and second limbs of Article 6(3) of the Habitats Directive (prescribing initial screening and Appropriate Assessment respectively) and with the analysis having been unchallenged at any stage, he could “be certain that the decision of the [Secretary of State] would have been the same if the error of law had not occurred.” The decision to allow the appeal and grant permission was therefore not quashed.

In the Crondall case, Justice Dove dismissed each of the other seven grounds of CPC’s challenge before addressing that relating to HRA. In contrast to the Canterbury case, the Crondall application had not been supported by any HRA documentation, with neither the submitted ecology report nor the Inspector’s decision presenting any detailed analysis of the potential effects of the development on the SPA. Also in contrast was that the HRA position had, in this case, been directly challenged (by CPC) with unresolved queries having been raised in relation to the efficacy of the SANG which was relied upon as mitigation.

That the Inspector had engaged the presumption in favour of sustainable development in reaching their decision, and that under the then wording of the 2018 NPPF this should not have been the case where Appropriate Assessment was required, made it yet more difficult for Justice Dove to conclude that the decision would inevitably have been the same in the absence of the acknowledged error of law. He concluded that the Inspector’s decision to allow the appeal and grant permission must be quashed.

This High Court ruling serves to remind those proposing developments near European Sites of the importance, even where well established strategic mitigation solutions are available, of fully demonstrating and documenting compliance with the prescriptions of the Habitats Regulations.