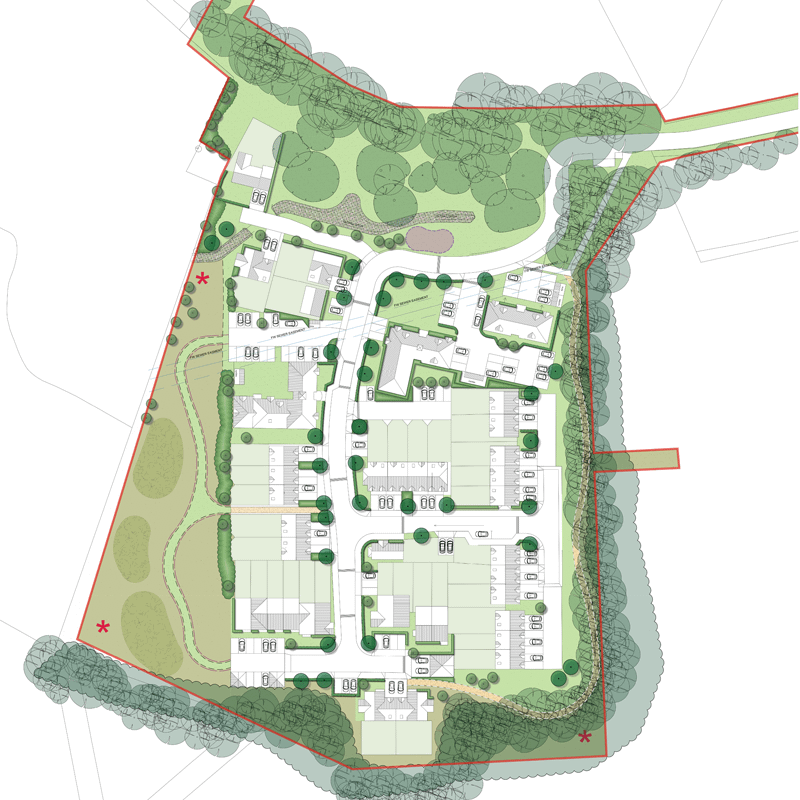 Unfortunately, all too often local politicians go against the professional advice of their planning officers and it takes the appeals process to unlock the conflict. In the past few weeks CSA has seen two of their sites go to uncontested appeals.

The first appeal was a scheme for 144 dwellings for Barratt Homes at Lower Stondon. The site was allocated in the draft Local Plan and CSA were appointed by Barratt to provide landscape advice, produce an LVIA and identify mitigation measures that were considered appropriate. The application was registered in July 2018 and, despite Officer’s support, Committee Members repeatedly failed to make a positive decision. Following 12 months of deliberation by the Council, the application was appealed for non-determination. North Hertfordshire District Council subsequently concluded that they would have granted planning approval and would not, therefore, contest the appeal.  On the 19th September the Council resolved to grant planning consent for the duplicate planning application.  Following further contention in respect of the Section 106 legal agreement, the Planning Appeal was finally withdrawn on the same day that the Appeal was due to be heard.

The second uncontested appeal was for JPP Land at Beaufort Park in Bracknell. The scheme was for 68 dwellings on a site that is currently occupied by an office building which had been vacant since it was built in 2009. The scheme did not extend beyond the curtilage of the existing development and had been recommended for approval on no less than two occasions. Having produced the original LVIA, CSA then produced detailed landscape evidence, including photomontages. The Council had, after reviewing the appellant’s evidence, withdrawn their landscape evidence, and accepted that the appeal should succeed. Once again the appeal was not contested as it was apparent that it could not sensibly be defended.

Whilst it is satisfying to help achieve planning permission for clients it is frustrating to have to go through the appeals process, which incurs unnecessary costs for the clients and a significant delay in achieving consent.