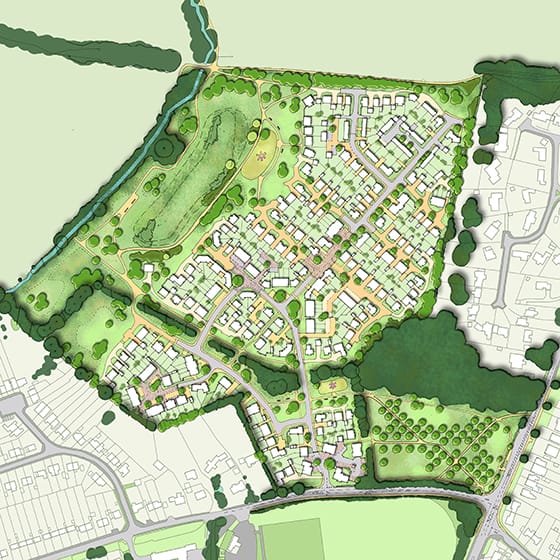 An appeal by Gladman Developments for up to 300 (or 265) dwellings at Bocking, was allowed this week by Inspector Zoё Hill. The inquiry was held in June 2018 and May 2019, with CSA’s landscape and ecology expert witnesses providing evidence on behalf of Gladman. The main issues in the appeal centred upon, amongst others, the effect of the proposed development on European sites and ecology; and the effect on the character and appearance of the surrounding area, including the separate identities of Bocking and nearby High Garrett.

The team at CSA had been involved with the scheme from its inception, with our Urban Design team producing the constraints plan and masterplan, as well as the Design and Access Statement. Our Landscape Planning team undertook the landscape and visual impact assessment (LVIA), and our Ecology team undertook the ecological surveys and produced the Shadow Habitats Regulation Assessment (SHRA) considering the effect of the proposed scheme on the Blackwater Estuary Special Protection Area (SPA) and Ramsar site, and the Essex Estuaries Special Area of Conservation (SAC). We also take professional pride in the Inspector’s agreement with the key findings of our assessments, including the LVIA and the SHRA, as set out within her decision letter.