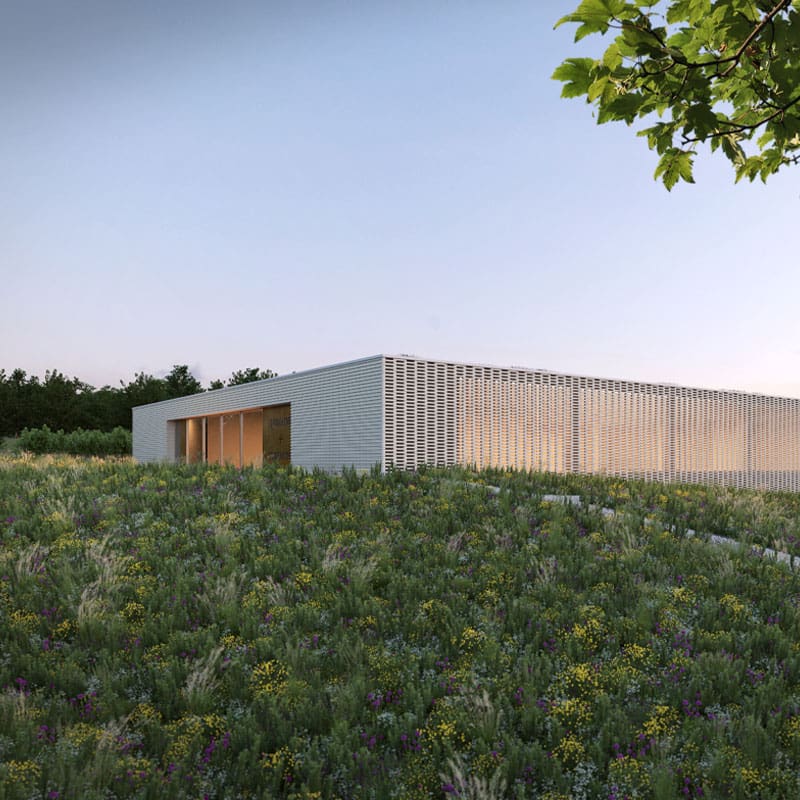 CSA are pleased to announce that planning permission has been granted for a new winery near Chilham in the Kent Downs AONB. The consented development will not only produce high quality Sparkling English Wine but will also create an attractive visitor centre.

CSA provided landscape, heritage and arboricultural services on what was a highly sensitive project. A key part of CSA’s landscape and heritage assessments was the mitigation measures proposed, which included the sinking of the building into the landscape, its siting to avoid the most archaeologically sensitive areas, the retention and enhancement of existing shelterbelt vegetation, and the incorporation of a green roof to the building.

Although planning permission was granted by Ashford Borough Council in 2020, a subsequent appeal to the High Court was lodged by a local campaigner on the grounds that a full EIA should have been undertaken. Concerns primarily related to the impact on the highly sensitive landscape of the Kent Downs AONB and views experienced within it.

The High Court judge, Sir Duncan Ouseley, referred to CSA’s LVIA throughout his assessment of the case and reached the conclusion that there were no legal flaws in the application process, which included a Screening Opinion, and that whilst differences of opinion existed in relation to the landscape and visual effects of the scheme, this was not uncommon when considering landscape & visual effects. He concluded that this was a matter of judgement for the local authority, who acted lawfully in their decision to grant planning permission. The grounds for appeal were dismissed.