HomeNews and OpinionCSA NewsCSA help secure planning consent, at appeal, for 150 homes adjacent to an AONB.

CSA help secure planning consent, at appeal, for 150 homes adjacent to an AONB. 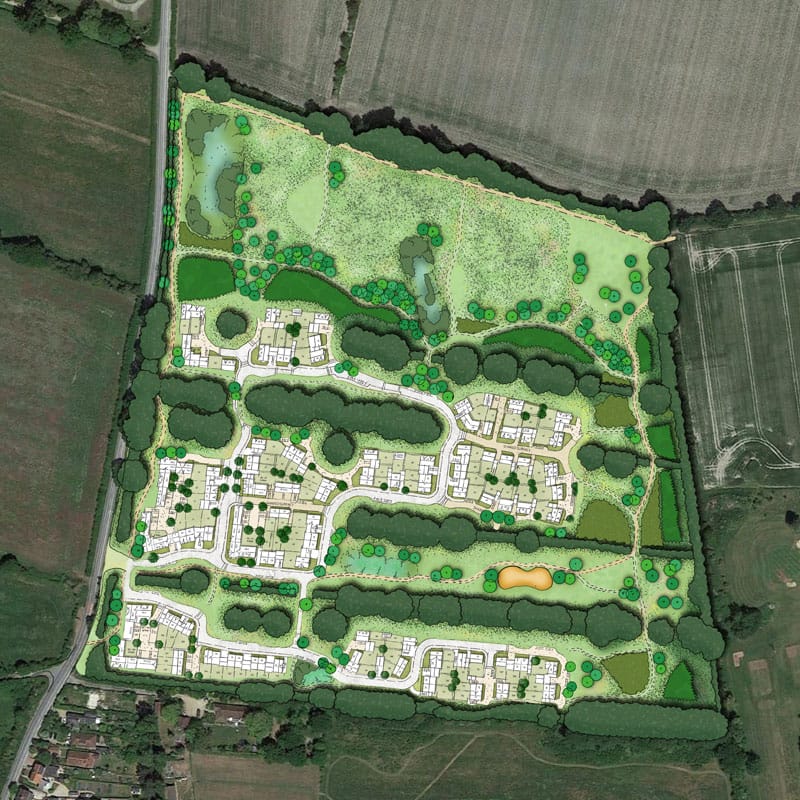 Landscape Expert Witness, Silke Gruner, appeared on behalf of Manor Oak Homes at the Public Inquiry in relation to an appeal against the refusal by South Oxfordshire District Council to grant consent for up to 150 new homes at Didcot. The site lies adjacent to the North Wessex Downs AONB, and the North East Didcot emerging development for over 1,800 homes (which CSA masterplanned and similarly provided landscape advice on) to the west. One of the key issues was the effect of the proposed development on the adjoining AONB and its setting.

In bringing the site forward for development, Manor Oak had created a well-considered scheme which sensitively responded to the site’s setting next to the AONB and the landscape features of value in the site. By adopting such an approach, the development also created an attractive environment in which to live.

CSA’s assessment found that there would be no material effects on the adjoining AONB, and the Inspector, Mr Philip Major, agreed. He noted: ‘I agree with the Appellant’s assessment that the effect on the character of the AONB and its setting would be at worst minimal’.

Another key matter considered at the Inquiry related to housing land supply, with the Inspector agreeing with the Appellant that there is a deficit in the Council’s 5 year housing land supply. The Inspector concluded: ‘In my judgement the adverse impacts of granting planning permission (conflict with the development plan and limited landscape harm) do not significantly and demonstrably outweigh the benefits of the proposal.’