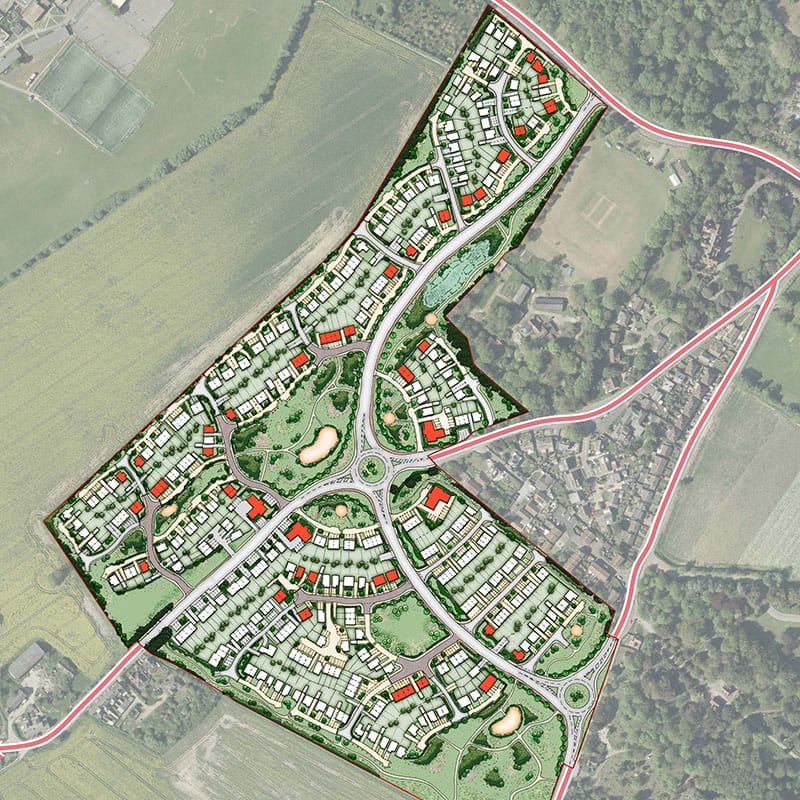 Residential site for 450 dwellings in Margate allowed at appeal.

In March 2022, Gladman’s appeal for up to 450 dwellings in Margate was allowed at appeal.

CSA Environmental were appointed by Gladman to design a new neighbourhood of up to 450 new homes. The Urban Design team developed concept plans which evolved into a full-scale Masterplan and Parameters Plans complete with extensive new green infrastructure and play areas.

CSA were commissioned to carry out detailed landscape and heritage assessments of the site and to formulate a masterplan that sensitively responded to its landform and the setting of the Margate Cemetery.

The application also accommodated a route for major highways improvements benefiting a known problem junction in Margate and a considerable contribution towards Kent County Council highways via S106, which includes land for 2 roundabouts.