HomeNews and OpinionCSA NewsPlanning permission granted by the Inspectorate for 330 new homes on a green field site in Kent.

Planning permission granted by the Inspectorate for 330 new homes on a green field site in Kent. 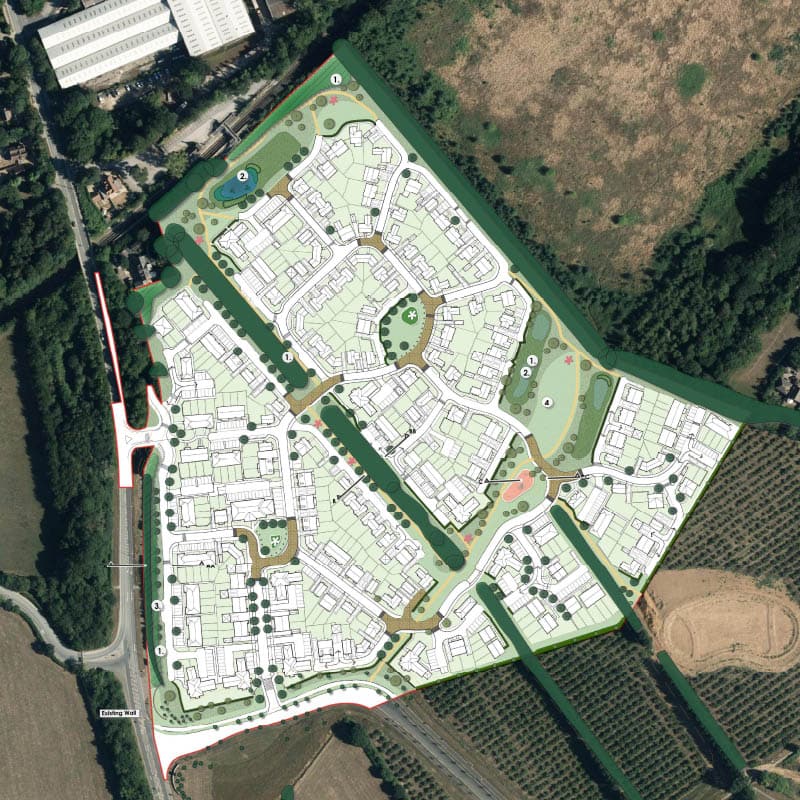 We are pleased to announce that the Planning Inspectorate has granted planning permission for 330 dwellings (including 40% affordable homes) on land east of Hermitage Lane, Aylesford. Unfortunately, as is too often the case, the scheme was recommend for approval by the Planning Officer but refused by Members, despite the fact the LPA could only demonstrate a 3.02 year housing land supply.

Although the LPA refused the application, it subsequently reconsidered its position in light of the appeal and chose not to defend its reason for refusal.

CSA worked closely with Croudace Homes and the consultant team and provided landscape and ecological inputs. An Environmental Statement also accompanied the application.

Croudace were in the final stages of building out a scheme for 500 homes on land immediately to the south of the appeal scheme. That scheme had been sensitively designed and it was emerging as a highly attractive development in which to live. The appeal scheme adopted a similar philosophy and would undoubtedly be a desirable place to live as well.

CSA also prepared landscape evidence as there was only a single reason for refusal, which alleged harm to the character and appearance of the area and the loss of agricultural land. Our evidence was not contested.

In granting planning permission, the Inspector found that ‘there would inevitably be some landscape and visual harm arising from the development given the introduction of housing to a currently open site, but the submitted information demonstrates that a suitable high-quality scheme could be achieved and that new landscaping will assist over time in minimising any harmful effects of the development to an acceptable level’.